At Truetzschler in Moenchengladbach, we offer different training programmes that include mechatronics, electrical, technical product designing, metal cutter mechanics, industrial mechanics, construction mechanics, specialising in IT among others. The class of 2019 just started with the month of September. Despite juggling between studies and work, our new trainees offered to share the experience made in their first two months at Truetzschler.

Truetzschler has been in the neighboorhood for Ramon Serrano Friedrichs, who went to school at Gymnasium Odenkirchen. Friedrichs is currently an electronic trainee and has known the company for a long time. “Within the first few days I was assured that I took the right decision by choosing Truetzschler”, expresses the trainee. His father works in a similar domain, which might explain his interest in big machines. When asked about his typical working day, he says: “Everyday seems new and different, especially with so many upcoming events.” Friedrichs wishes to get the right guidance and gain knowledge at Truetzschler, helping him get a degree and to study further. 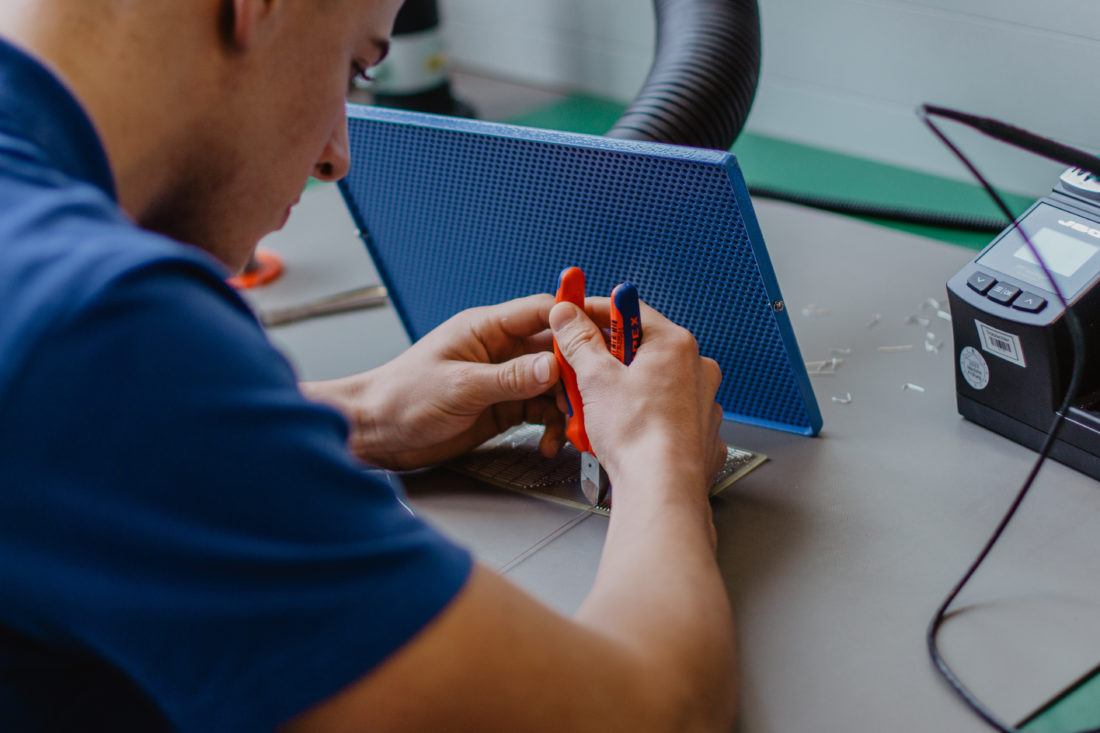 Migrated from Afghanistan four years ago, Mousa Rajabi got to know about Truetzschler through his “German mother”- as he’d like to call the woman of the family that took care of him. Having gained experience a year ago from Truetzschler through an internship, Rajabi wanted to continue as a trainee in industrial mechanic. “Before I started my training, I was curious about how my colleagues would be. Fortunately, everyone has been very friendly ever since I began. There is a positive environment and that makes me feel comfortable”, says the trainee. He has learnt how to work precisely and especially developed an ambition with the task of rasping. “You get a special feeling when you find your own approach,” says Rajabi with excitement. He also shares his desire to continue working for Truetzschler after the training and making a valuable contribution to society. 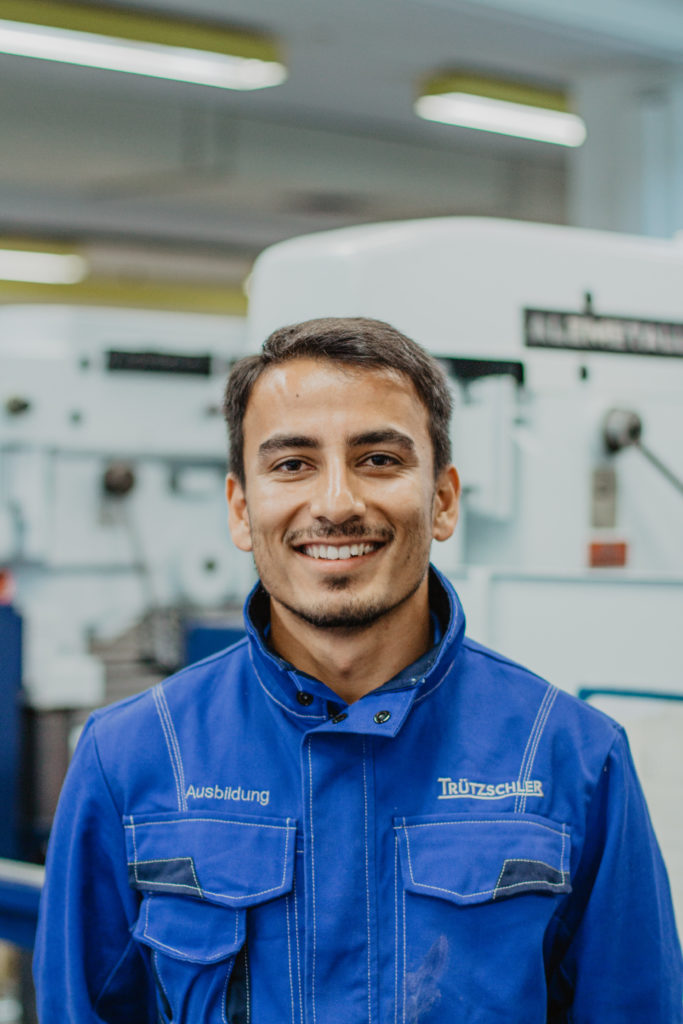 As a technical product design trainee, Nilson Welters is being trained in two different spots. At the workstation, he works with product designing materials and handicrafts. In the office, the trainee prepares drawings by both hand and computer. During the breaks, he exchanges ideas with other trainees. Welters has a special interest for huge machines. His decision to get trained here came when he attended an information event about the training programme offered by Truetzschler. “I still feel happy to have had the opportunity to be at that event. It was clear to me, that I wanted to work here. The familiar impression that this company holds has made it stand out from other potential employers.” Despite the usual routine of reaching the workstation as early as 7 am, getting into the work clothes and beginning the day, Welters believes Truetzschler offers a positive vibe. “I receive help from many dimensions, so I am able to learn a lot of new things every day.” Welters hopes to learn as much as possible during his training period. With constant support from Truetzschler, he is sure to receive a good education. 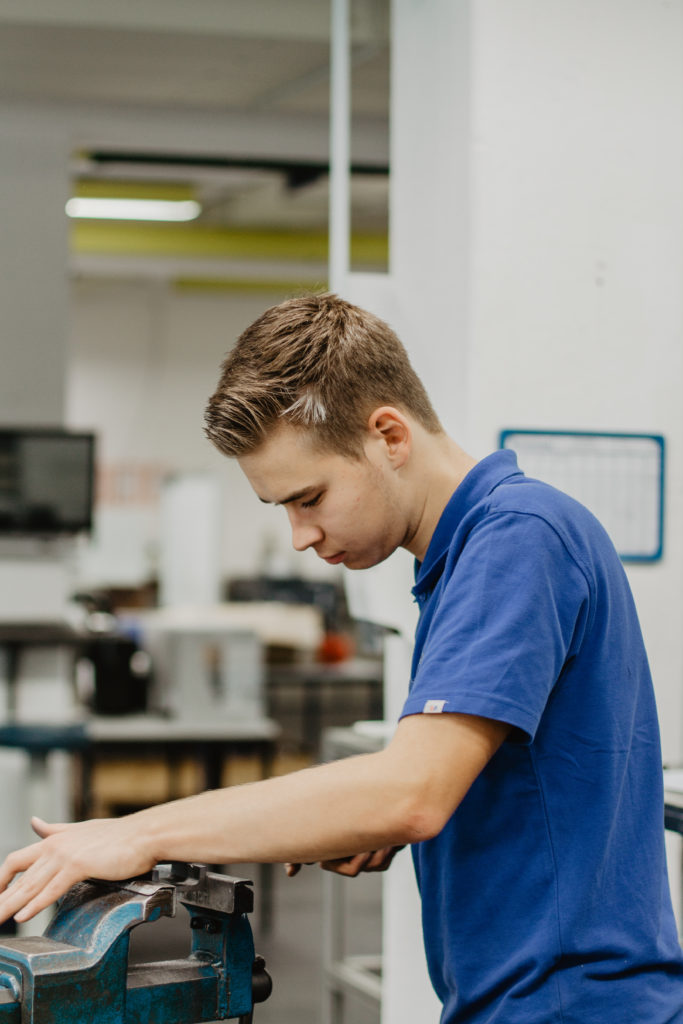 Berkant Ayaz says with conviction that he always wanted to work in an industrial organisation. “That has always been my thing”, he says. Drawing inspiration from his father, who also works in Truetzschler, Ayaz decided to enroll in the training programme offered here. “Initially, we learnt the basic techniques of filing, sawing and drilling. This allowed us to build our own metal truck.” The availability of modern machines at Truetzschler allows the trainees to work efficiently, shares Ayaz whose favourite task so far is sawing. 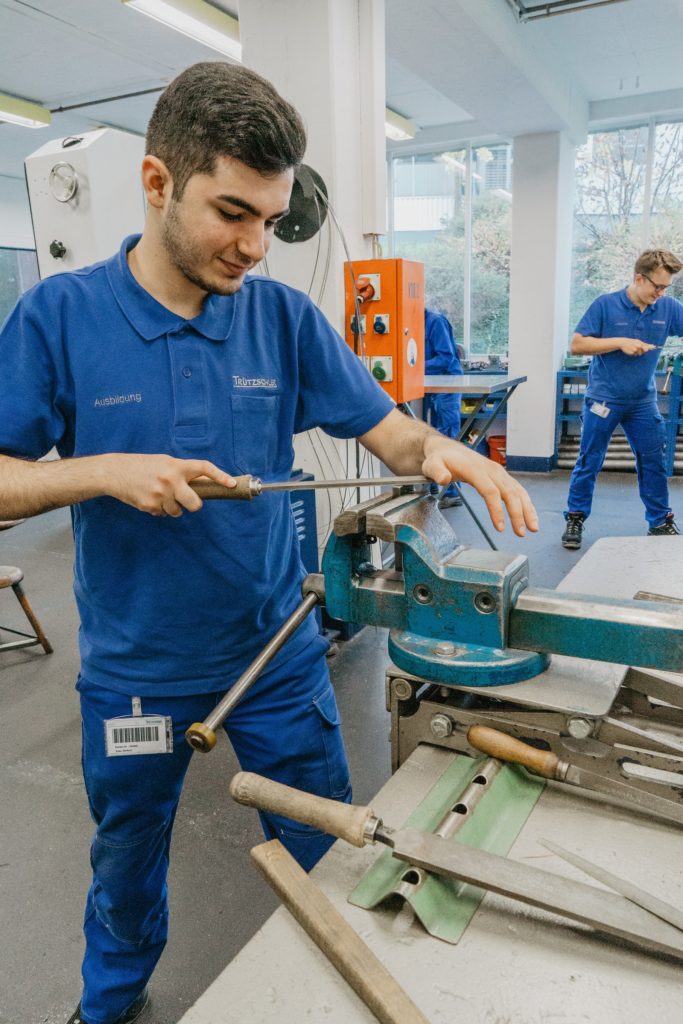 The Trützschler Group is now striving to achieve three specific and measurable targets that will support our impact on the biggest challenge our planet has ever faced. Our commitment: For [...]

Sharabati Denim is one of the major leading manufacturers of eco-friendly denim in Egypt, Syria and Turkey. In 2018, the company launched the state-of-the-art recycling initiative  “Tadweer” that uses recycled [...]

A new era for Trützschler in India

One stone can sometimes make a massive impact. On April 5, Trützschler celebrated the laying of a foundation stone for its new 164,000-square-meter factory near Ahmedabad in India. It will [...]

The first Carded/Pulp (CP) line at Ecowipes is a constant success due to surging end product demand from international markets. To spur the company’s growth, Trützschler Nonwovens and Voith will [...]

Turkey has always been one of the most important textile markets for Trützschler. Thanks to our fast and responsive local service team, we are now working more closely than ever [...]